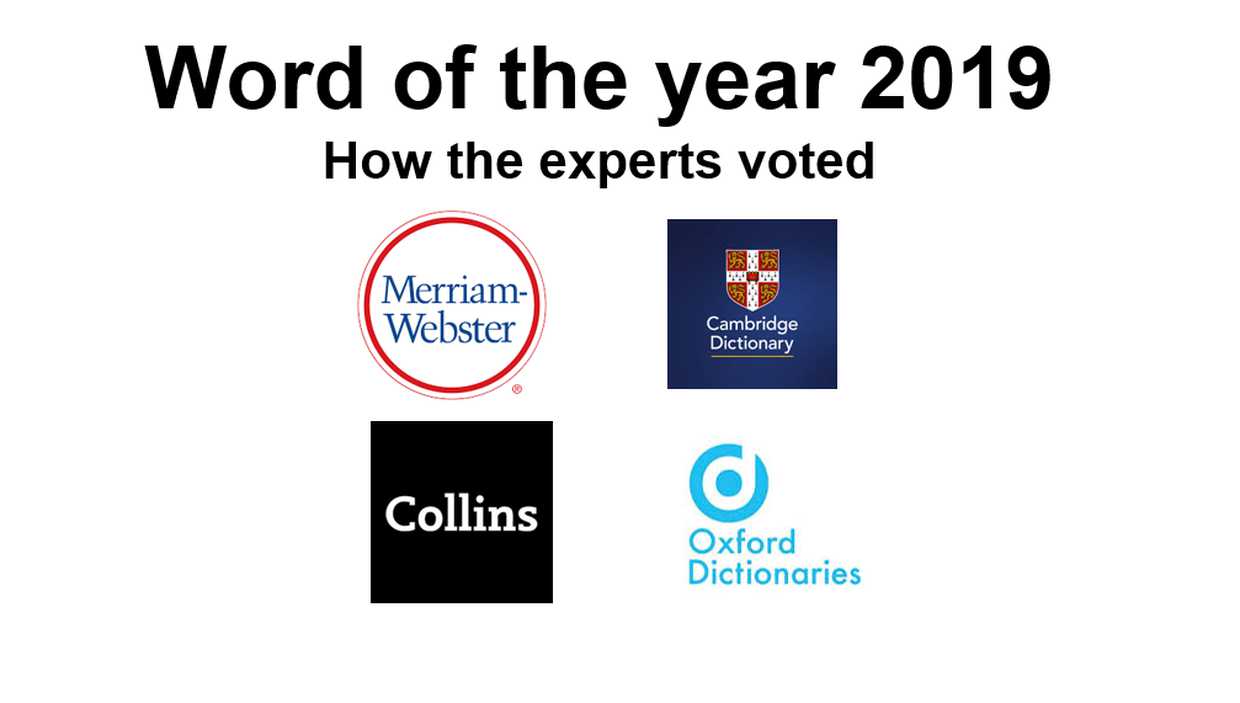 Merriam-Webster has chosen “they” as their word of the year after look-ups boomed when it became a favoured pronoun for non-binary individuals.

“English famously lacks a gender-neutral singular pronoun to correspond neatly with singular pronouns like ‘everyone’ or ‘someone’, and as a consequence ‘they’ has been used for this purpose for over 600 years,” said Merriam-Webster. “More recently, though, ‘they’ has also been used to refer to one person whose gender identity is non-binary, a sense that is increasingly common in published, edited text, as well as social media and in daily personal interactions between English speakers.”

“They” was also competing with another very surprising word this year: “The”. According to Merriam-Webster, it is “truly rare to see one of the most basic function words in the English language spike in our data”, but after the Ohio State University filed a trademark application in August for the word “the” with the US Patent Office, look-ups for “the” spiked 500%. Ohio State’s application was made “in order to protect new branding logos that emphasise the ‘The’ that is part of the official (some say pretentious) name of the institution”. It was denied.

The other major dictionaries’ choices reflect concern with the effects of climate change and the momentum to combat this – sparked by Sweden’s own Greta Thunberg.

“Climate emergency may lead the pack, but this year our Word of the Year shortlist reflects the prominence of climate-related language documented in our corpus” according to the Oxford Dictionary.

Other words on the Cambridge Dictionary shortlist also mirror concern with the effects of climate change.

How is the Word of the Year selected?

Essentially there is no agreed formula and each dictionary has its own methods.

Merriam-Webster’s word of the year is determined by data. The word must have been a top-look-up at Merriamwebster.com in the past 12 months and it must have seen a significant increase in look-ups over the previous year.

The Oxford Word of the Year is a word or expression that has attracted a great deal of interest over the last 12 months. “Every year, we debate candidates for word of the year and choose a winner that is judged to reflect the ethos, mood or preoccupations of that particular year and to have lasting potential as a word of cultural significance”.

Collins Word of the Year is selected by a Collins Dictionary team consisting of lexicographers, editorial, marketing, and publicity staff, though previously the selection process has been open to the public. Whilst the word is not required to be new to feature, the appearance of words on the list is often supported by usage statistics.

The London School of English offers high quality English language training for motivated adults from all professional backgrounds. We give you the tools and skills you need to communicate successfully in your field of expertise and to expand your business and career opportunities. Call us on +46 8 5999 4000 or email us at info@londonschool.se for more information about our tailored tuition or simply take our online test to check your English level.