Get your best IELTS score

In this post, we’re going to look at some examples of answers to an IELTS Writing task 2 question and comment on their strengths and weaknesses. We’ll also talk about what the writer could do to get a better score in each case. The sample answers were written by course participants on the IELTS Preparation Course here at The London School of English. You can also see sample answers to a part 1 writing task in our previous blog post.

IELTS task 2 is the essay question. Here’s an example of a possible question, followed by two different answers.

In recent years, the household waste are considerably increasing. In addition, nobody try to fix the problem and call the government to solve it. Many people think that the authority should make some laws to maintain the recycling process. I will discuss about legal requirement as a way to increase recycling and the other ways.

Firstly, should it be compulsory for people to recycle their waste? The environmental issue is one of the main problem of our world and we don’t help it. Government should make some decisions about recycling and maybe put some taxes on income about this. For example, if you don’t respect the good bin or if you product too much waste you should be punish. Usually, people only do the right thing because of rules, so it might be possible to change a person as an eco-friendly. Moreover, instead of punishing people they could give people a reward for their good action or even a large number of recycled waste.

On the other hand, many ways could also enhance the responsibility to recycle. Laws are not the only outcome, there is also the way to reward someone. In Peking, people can change plastic bottle for underground ticket for example. This could be a reason that people recycle more and try to be more aware about ecology. In addition, in some countries the sensibilisation about recycling is well-known in school. Teachers are teaching to children how to recycle their waste, why and where put their waste. Sooner people are aware and better will improve the recycling process.

To sum up, regulate this process could give desire to people to recycle their domestic waste. However, even with taxes and rules about recycling people should be reward. In addition to the government, school should have a great impact and highlight how important are there actions since the youngest age. As far as I am concerned, I think that if people recycle less they should reduce their waste.

The candidate has generally answered the question well. He has discussed the main idea in the task, using laws to make people recycle, but he has also discussed other options (rewarding people and education). Some of the candidate’s ideas are not clear or need to be developed more, for example when he talks about putting taxes on income. The answer is generally well-organised; it has four paragraphs, and each one has a clear function (introduction/discussion of using laws/discussion of other options/conclusion). There is a good range of linking expressions (‘firstly’, ‘for example’, ‘moreover’, ‘on the other hand’) although there is also some repetition (the idea about rewarding people is mentioned at the end of the second paragraph and again at the beginning of the third paragraph). His use of vocabulary is generally clear, and he tries to use some less common vocabulary, but it isn’t always accurate. For example, ‘respect the good bin’ should be ‘place your rubbish in the right container’, and ‘sensibilisation’ should be ‘raising awareness’ (in both cases the candidate has translated from his own language). In terms of grammar, there are again some good complex sentences (‘instead of punishing people they could give a reward’) but there are also quite a few errors, for example with tenses (‘in recent years the household waste are increasing’ , ‘nobody try’) and participles (‘you should be punishED’, ‘people should be rewardED’.)

This answer would probably achieve 6.5. Its strengths are its organisation and the fact that the writer has addressed the task well and his position is generally clear. However, the errors in grammar and vocabulary mean that it cannot be higher than 6.5.

Some people believe that the amount of recycled household waste is insuficient. Recycling is very important to decreace waste and protect environment. However, people may not increase recycling if they are led to recycle compulsory by laws. In this essay, I will look at the way to rise recycling by laws or others and explain my opinion.

Making laws is might be the best way to encourage people to recycle because not many people try to recycle from their own motive. For example, when they purchase beverage cans made from aluminium, they are able to recycle them to reuse. Although they need to wash, crush and bring them to a collecting place. This process can make people bother. Consequently, they might be not willing to recycle because it is easier to throw them away. When there are laws regarding to recycling, people are forced to recycle, which contributes to increase recycling rate with a high possibility.

On the other hand, there are other ways to compel people to recycle effectively. One of the ways is giving rewards to people who recycle many times. Rewarding such as money and discounts encourage them to rise recycle. If people are able to get discount tickets whenever they bring something to recycle, they may recycle enthusiastically. In addition, education is possible to increase recycling. If people learn the importance of recycling and how to recycle from their childhood, they can do without any special efforts.

In conclusion, introducing legislation maybe let people recycle more effectively, however, rewarding or educate them also can become good methods. In my opinion, I think laws are essential to force people to recycle more, because they do not need motivations which is difficult to maintain.

This candidate has also answered the question well. She has addressed the main idea of the task (making recycling compulsory) but also other solutions (rewarding people and education). However, there is also some irrelevant information, for example in the second paragraph about the process of recycling. This answer is also effectively organised; the writer has also used four paragraphs and each one has a clear function. Again, there is a wide range of linking expressions (‘for example’, ‘although’, ‘consequently’, ‘in addition’, ‘in conclusion’). However, there is some repetition of vocabulary which could be avoided (the words ‘recycle’ and ‘recycling’ are used eight times in the third paragraph). In terms of grammar, there are some good complex structures (‘when there are laws…..people are forced….which contributes to….’) along with a few basic errors (‘making laws is might be’). The candidate’s use of vocabulary is generally clear and understandable, but not always accurate or natural (‘rise recycling’, ‘education is possible to increase recycling’, ‘can make people bother’)

This answer would probably also achieve a 6.5. It could be improved by saying more about why laws on recycling might be a good idea, rather than discussing why people avoid recycling. Better use of referencing words (‘it’, ‘this’, etc.) would help to avoid the repetition that we mentioned previously. Also, if the candidate’s vocabulary were more accurate she would have a better chance of increasing her score.

If you have been reading our series on IELTS tips and strategies, it probably means that you are preparing to take IELTS. So, all the best for your exam! If you would like more help preparing for the IELTS exam, have a look at the links below to find information about our IELTS preparation courses and the rest of our IELTS tips blog posts.

This post was written by Daragh, one of our trainers at The London School of English.

IELTS Preparation Courses at The London School of English

We offer four-week and eight-week IELTS preparation courses. These intensive courses focus on language skills and exam techniques that will help you to get the score you need:

You can also prepare for IELTS with our Online Course, which has over 150 hours of content: 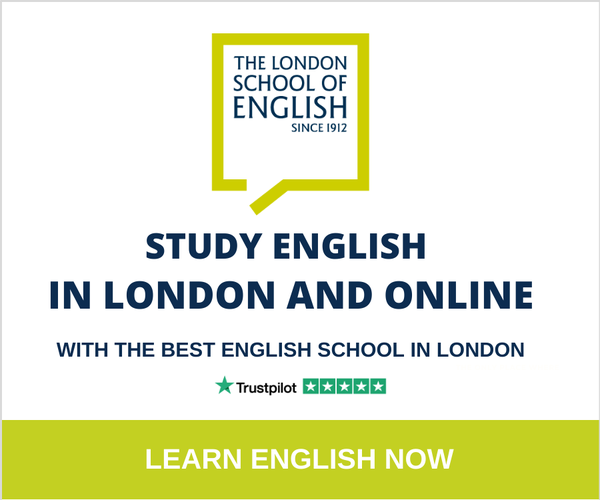