Young Urban Arts Foundation was established in 2009, helping vulnerable and disadvantaged young people fulfil their potential by engaging them with music and other arts.

YUAF creates a safe space for them to overcome their fears and obstacles, talk about mental health issues and receive help from expert facilitators and guidance from mentors, who aim to show by example that young people can become whoever they want to be.

Through attending Young Urban Arts Foundation workshops and programmes, teenagers may develop their creativity, skills and self-esteem, with many gaining the confidence to get into employment or further education, whilst others might overcome personal issues they face.

The London School Trust has an ongoing partnership with YUAF, which began with the funding of YUAF summer activities on the Lancaster West Estate in the wake of the Grenfell Tower disaster.

Most recently, in the summer of 2019, LST funded the delivery of five Music Production and Rap/Lyric Writing workshops at Old Oak Youth Club, collaborating with the Harrow Club, who focus on effective community work to prevent child exploitation and gang grooming. As a result of YUAF partnership with Sony Music UK, two famous music producers; The Remedee, signed to Columbia Records and TSB from Island Records; attended the workshops, coaching and demonstrating a range of skills, including the following:

The producers also led Q&A sessions where they shared their own experiences with the young people. This gave them an insight and understanding of the skills and processes involved in music production of music, and, importantly, into the mindset to be a success and focus on creating a bright future for themselves.

For those less engaged with the music activities, there were sporting activities arranged to let the young people release their energy through positive activity, which worked well.

33 young people aged between 7 and 18 years old took on new challenges, and received guidance and encouragement to raise their aspirations. In taking part in these creative projects some found inspiration:

“I feel like I’m not in the same place that I was before, you have your own space, and that’s really nice, it was an escape.”

“It was welcoming, they started you off on the basics which was nice, because I didn’t know that much about making music. But you got on, you started to learn, it was nice, warming.”

Three of the older participants were engaged in discussion about interests, future opportunities and accessing them. A dedicated Arts Development Coordinator led discussions about what they were interested in, and was able to signpost some towards opportunities to take these interests further. Those who gave consent are now members of YUAF Pathways Services and will be introduced to relevant progression routes. 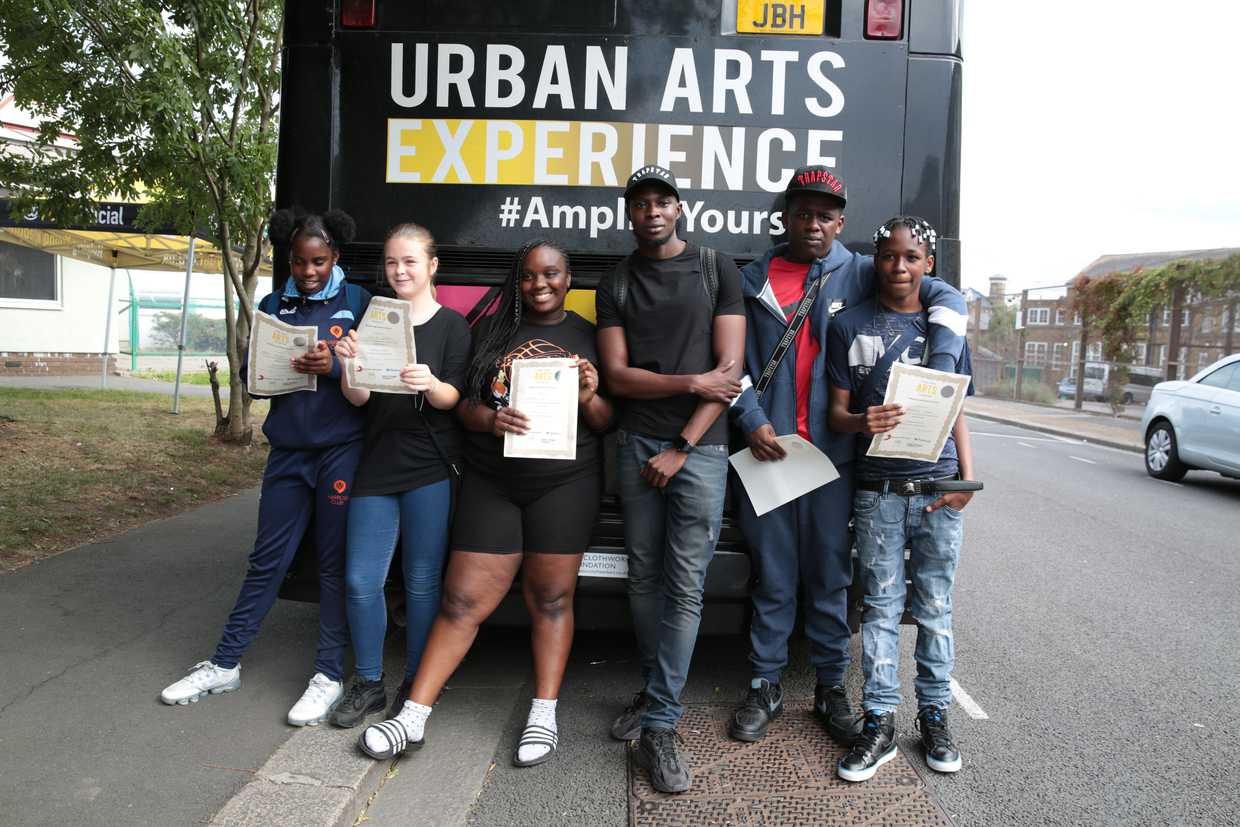 Find out more about Young Urban Arts Foundation on their website here.

Find out more about The London School Trust, and the projects it supports here.